*** Please try and attend a minimum of three dates****

League and any extra outside training will be extra.

Possible League options during the winter

Please email us if you have any questions: caledonfc2001@gmail.com This is George Sarakinis and he has been involved in the game of futbol for many years as a player, coach, parent, board member and most recently a technical director of a local club. His blog came along as he wanted to share his experience within the game of futbol.  His recent travels have sparked some debates and information sharing and he thought it was a great avenue to create the blog.  He can be followed on twitter @GeorgeSarakinis. Congratulations to the boys for their fantastic accomplishment in making it to the FINALS this past weekend ... competing in 5 gruelling matches, in their first ever 11 v 11 Outdoor tournament with one sub; this Silver medal was well deserved! The 2001 boys are enjoying a successful winter season. The boys recently earned two silver medals over the march break (St,Patricks Day Tournament U13/14 Division & Hangar March Break Classic). Currently sitting 2nd in the HSZ league playing against competition a year older the boys are poised to make an end of the season run to try and close the gap between them and first place USC Karpaty.  For complete table please follow this link: http://hershey-sportzone2.ezleagues.ezfacility.com/leagues/184079/BU13BU14---6v6.aspx

The boys are continuing their indoor training with increased focus on fitness as they gear up for the upcoming outdoor season. Soccer specific sessions scheduled to start with Caledon FC Mens Head Coach Steve Hill and OSL MVP Gerald Watt.

If you are interested in trying out and joining these talented group of players please contact Caledon FC01 coach Gaspare Clemenzi - caledonfc2001@gmail.com 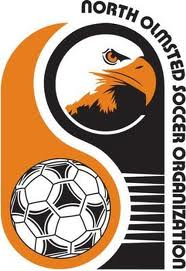 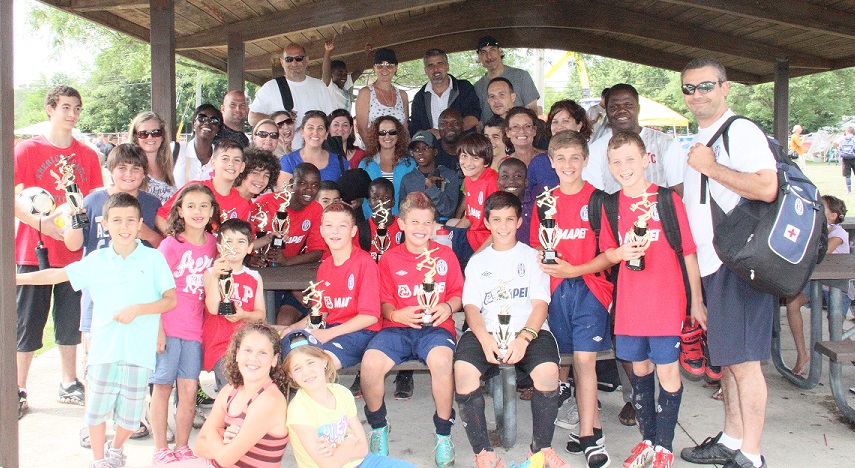 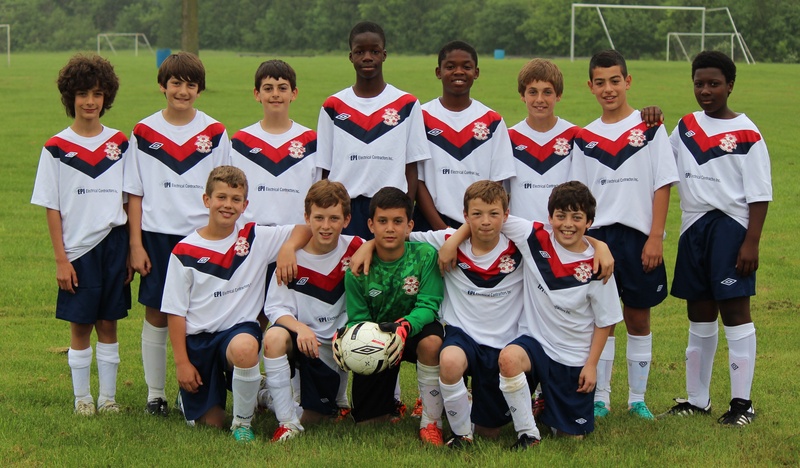 Beauty of Spain Stems From How They Train Coming off the recent European Championships, I thought it appropriate to begin by giving a quick analysis of how Spain, now winners of three major competitions in four years, have achieved their success.

We all know the history of the rise of Barcelona through the tutelage of Dutch master Johan Cruyff, and how that has influenced the national team’s style of play. It is by far the most perfect expression of the game in history and has, as its selling point, the fact that it combines wonderful, stylish play (something the Dutch are famous for) with the ultimate purpose of competition: winning (something the Dutch … well … um … moving along …).

However, during the Euros, cries of “boring!” began to creep into every discussion of Spain’s play, and while I admit to wishing for a little bit more attacking dynamism, the play itself was still absolutely astounding. It was the logical end-point of their philosophy. Spain showed in the Final that their tactical choices to that point were just that: choices.

Could they have played that incisively from the beginning of the tournament? Yes, they could have. However, they have refined their style to such a degree that they can successfully use it to manage the game. Furthermore, much of Spain’s approach is dictated by how opponents have adapted to playing against them, often placing the entire team behind the ball. We’d all love to watch Spain win every match 4-0, but would we really? Imagine the backlash if they did - “Bully Spain, forever beating up on everyone!”. Give them credit for using their technical ability and understanding of the game to always restore the match to their terms. They have not changed their style so much as perfected and distilled it.

How was this style, and its further evolution, possible? Let’s dig into the particulars a little and explore where the process of player development begins: the youth level.

The irony of how Spain played in every game before the Final is that the way their players are developed from a young age - is the antithesis of boring. Indeed, the entire purpose of youth training in Spain is to engage the young players to develop a special relationship with the ball, to master it, but also to share it (knowing it will certainly and quickly be returned). Their approach includes loads of individual ball work and myriad Small-Sided Games (SSGs) each with its own unique restrictions designed to create technical/tactical problems for the players themselves to solve, often without recognizing it. It is as simple as it is ingenious. Better still, the genius lies in the simplicity. The excitement in this approach is what motivates the young players to excel. Kids love to learn, to achieve, to discover. If they are not doing these things, they stagnate, fail to reach their potential and suffer. A Spanish player plays with joy because he has been doing so from the first day he had a ball at his foot.

In contrast, while the vast majority of American club coaches know about Spain, how do most American kids still get trained? By cutting corners. Kids are still encouraged to kick the ball far, far away as soon as possible, or, at the very least, coaches allow it to happen because, well, it’s easier than teaching proper soccer, and the parents cheer like crazy when it does (does “Big kick! Boot it!” sound familiar?). Imagine how boring that must be for a player at that age. Sure, the kids love to hear the cheers of their parents, but let’s be honest the majority of American parents are still blissfully unaware of the details of the game and would cheer regardless. Certainly we can train their children properly as well? The time when kids should be learning to love having the ball at their feet (roughly ages 6-12) is precisely the age where the American mindset (coaches and parents, this means you) is telling them to get rid of it by immediately getting farther away from “your” goal and closer to “theirs”.

The end objective of youth training is (in Spain) or should be (in the US), to create confident, competent, creative players. The traditional methods used in the US for years have tended to severely marginalize the very players Spain looks for. We continue to value qualities of speed, size, physical and mental toughness. Spain values technical ability, vision (literally and figuratively), awareness and understanding. We like rigidity and following orders (it’s inherent in most other American sports), Spain likes giving players creative license and freedom to play the game.

It’s in the details.

Barcelona, and by proxy, Spain are “rigid” however, but it’s in how they train, in the sense that all players are trained the same way and given the same tools. But those tools are then used to create moments of spontaneity, whereas we largely prohibit our players that same freedom. I have heard the point made that Spain always looks like they’re doing the same thing over and over, to the point of inflexibility in their play, especially in these Euros. It’s a legitimate argument. But remember: Spain are choosing, in the moment and patiently, to cycle the ball around, in response to the circumstances around them, and they’re doing it confidently and with purpose. Spain has the technical ability to play any style they want, they have simply chosen to make the best use of their qualities. Everyone complains that American’s don’t have a style, but we do. We play physical, direct soccer, from the youth level to MLS to the USMNT and USWNT, because that’s what we have decided to do.

American youth players are limited by a lack of technical focus, and a reluctance by coaches to “cede authority” to the players in practices and games. This is a fatal flaw in our development process—soccer, fundamentally, is NOT a coaches’ game like virtually all “American” sports. It is a players’ game. Basketball remains a slight exception, as it’s influenced by young players who develop creativity and style before ever entering a team environment. In soccer, we undervalue the role of self-play and exploration of the game that has such a positive influence on basketball. Furthermore, we undervalue good coaching (training might be a better word) at the young ages, and overvalue it at the college and pro level. Indeed, I believe it’s precisely because we don’t give our kids the tools early enough (and the freedom to explore them) that coaches still have to shout instructions non-stop at the later ages (coaches’ egos tend to get in the way here as well.) Too many soccer coaches in the US create an over-dependence on themselves but for the wrong reasons and in the wrong areas.

Perhaps the best way to keep American kids playing soccer beyond the normal drop-off age of around 12 is to allow them to develop that relationship with the ball as early as possible and nurture that desire to create something with it rather than adhering to a rigid (and frankly American) sports ideal of “do(ing) your job and nothing else, and the team will win.”

Much of it comes down to a lack of sophistication when it comes to our understanding the game. That being the case, winning becomes the easy way to judge whether a particular child is doing well. Judgment comes first from the parents, and then through the feedback channel to the coach. And when winning becomes the focus, and the large sums of money it takes to play youth soccer in the US are taken into account, making mistakes is “unallowable”. Mistakes are seen as a necessity, and even a positive, in Spain, where standings are not even kept until the early or mid-teens. No wonder, then, that the US fails to develop many gifted players when pressure to win begins at such a young age.

The focus should be on developing players, not teams. When you develop individual players, quality teams will be a natural by-product as the level of ability, belief, confidence and trust in each other will be high. Spain recognizes that producing and developing players is the sole purpose of a soccer program, almost right up to the late teens. That is how they measure success. Their focus is different, their horizon farther out. This allows the pressure to be taken off the shoulders of the kids, and, therefore, the coaches. They trust their methods; their results are proof that the methods work.

So there you have a big-picture primer of the landscape of soccer training in Spain and the USA, where we are and where I believe we need to go. As we continue our discussion going forward, I’ll touch on many topics relating to coaching and training in this country, particularly in the youth arena. I’ll investigate what’s working, what isn’t, and give some examples and a few shout-outs that will hopefully continue to change the conversation here in the US. Perhaps then we can begin to really appreciate, and finally approach, the “boring” play of Spain.